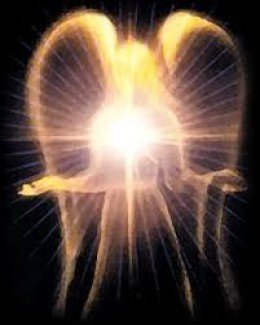 Wormwood (ἀψίνθιον apsinthion or ἄψινθος apsinthos in Greek) is a star or angel that appears in the Book of Revelation.

Wormwood is mentioned seven times in the Hebrew Bible, always with the implication of bitterness. Although the word wormwood appears several times in the Old Testament, translated from the Hebrew term לענה (la’anah, which means “curse” in Arabic and Hebrew), its only mention in the New Testament is in the Book of Revelation: “The third angel sounded his trumpet, and a great star, blazing like a torch, fell from the sky on a third of the rivers and on the springs of water— the name of the star is Wormwood. A third of the waters turned bitter, and many people died from the waters that had become bitter.” (Rev 8:10–11)

Apsinthos in the Greek text, translated as “wormwood” in English language versions of the Bible, is thought to be Artemisia herba-alba.

Certain commentators have held that this “great star” represents one of several important figures in political or ecclesiastical history, while other Bible dictionaries and commentaries view the term as a reference to a celestial being. A Dictionary of The Holy Bible states, “the star called Wormwood seems to denote a mighty prince, or power of the air, the instrument, in its fall.”

Various religious groups and figures, including Seventh-day Adventists and the theologians Matthew Henry and John Gill, regard the verses of Revelation 8 as symbolic references to past events in human history. In the case of Wormwood, some historicist interpreters believe that this figure represents the army of the Huns as led by king Attila, pointing to chronological consistencies between the timeline of prophecy they have accepted and the history of the Huns’ campaign in Europe. Others point to Arius, the emperor Constantine, Origen or the ascetic monk Pelagius, who denied the doctrine of Original sin.

Various scientific scenarios have been theorized on the effects of an asteroid or comet’s collision with Earth. An applicable scenario theorizes a chemical change in the atmosphere due to “heat shock” during entry and/or impact of a large asteroid or comet, reacting oxygen and nitrogen in the atmosphere to produce nitric-acid rain. Acid rain from the heat shock of a large comet or asteroid’s impact with Earth is believed by some to fit the Biblical description of the bitterness produced by the Wormwood Star upon a third of the Earth’s potable water.

Gerardus D. Bouw in his white paper “Wormwood” theorizes that since the term wormwood refers to a bitter or poisonous plant, specifically “apsinthos, that is, absinthe wormwood” in Revelation 8:11 and that a star falling would likely be an asteroid or comet … the most reasonable scenario being a comet, since they could have a chemical makeup that would make the waters bitter and poisonous and would have to break up by some means, “in order to fall on deep sources of water and rivers, the object cannot be in one piece when it arrives in the atmosphere.”

A number of Bible scholars consider the term Wormwood to be a purely symbolic representation of the bitterness that will fill the earth during troubled times, noting that the plant for which Wormwood is named,Artemisia absinthium, or Mugwort, Artemisia vulgaris, is a known Biblical metaphor for things that are unpalatably bitter. The Ukrainian language word for “wormwood” is чорнобиль or “chornobyl”, the Ukrainian name of the town of Chernobyl. The Ukrainian word used in translating Revelation is полин or “polin”.